It was suggested to me that I should be promoting prayer for both men and women. In reality I am. It is not one or the other. We are not in competition, for as men take their place it will generate a greater interest and involvement in prayer. Therefore men and women will be praying. Missiologists tell us that if you win the man (husband) you win the family. I feel the same principle applies here.

Importantly, it is the biblical mandate on which MILLION PRAYING MEN is founded.

“Therefore I want the men everywhere to pray, lifting up holy hands without anger or disputing.”

The “men” in this verse is gender specific: “Males as distinguished from females; spoken of men in various relations and circumstances, where the context determines the proper meaning e.g. husband.” (Strongs)

Though there might appear to be exclusivity about MILLION PRAYING MEN, it is definitely not the case in my mind or practice. I am simply challenging men to stand up, firstly beside their wives and secondly alongside other godly women.

Men must take their place (if they are not already), beside the women, who in many instances have been the champions and have led the way in prayer and in many other great Gospel enterprises for such a long time. I know they will continue to do so; hopefully with more men by their side.

When the Lord first began to speak to me about MILLION PRAYING MEN one of my first responses was, “Lord I have always been an advocate, supporter and releaser of women into ministry.” I soon realised that I was not being asked to move from that position at all, but by raising men into their divinely appointed roles, this initiative will in fact actually become another liberating force for women.

I have had numerous women in many places share that same sentiment with me. Some on hearing about MILLION PRAYING MEN have breathed a sigh of relief and said, “Oh, finally we don’t have to carry the load by ourselves.”

Warriors, men and women, coming and standing together in the battle for life, seeing great and magnificent answers to prayer in the mighty name of Jesus.

I believe in women! I believe in the insight, power and authority of the Kingdom of God, which they are able to exercise and demonstrate. Joint heirs in Christ, serving through the grace of God!

Before my own conversion a teenage girl prayed for me. I have had the great privilege and inexpressible joy of being married to that amazing woman of God for well over 40 years. I believe in women praying!

Yes, there will be times when we will have exclusively “men only” events. No one has ever objected to “women only” meetings that I’m aware of. I will call the warriors together. We will pray, we will learn together and we will return to stand with our women, in Jesus’ name, taking our proper place so that together we will see His Kingdom come and His will done on earth as it is heaven.

I’m not looking for “super saints” just men with conviction and courage who will dare to believe with me, that we can, through bold prayers in Jesus’ name, see the power and glory of God revealed in this moment of time and make history together.

Previous post: Five Words that will Change Your Life

I want to be counted among a million praying men!

Men respond to a challenge and so I would like to challenge each one to begin by agreeing to our eight point pledge. 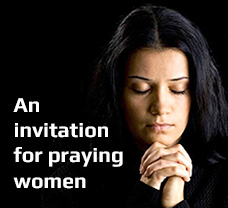 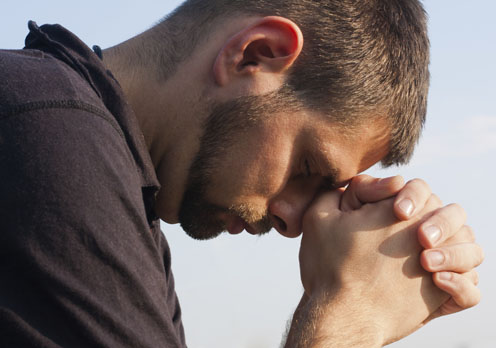 For all men who want to pray, a place for everyone! 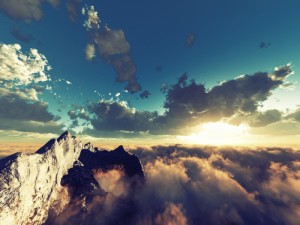 True transformation can only come about through the preaching of the Gospel of the Kingdom of God and people believing that message and receiving Jesus Christ as Lord and Saviour. Therefore this must be our main focus without leaving the other undone.